Located at a distance of 21 km away from Madurai. Alagar Koyil Temple, also known with the name of Azhagar Kovil is one of the prominent temples situated at the foothills of Alagar hills. This temple has high religious significance as well as presents a captivating architecture. What makes it even more enchanting is the natural setting surrounding this temple. With a history that dates back to early Sangam age, this temple is a must visit when on a Madurai tour.

Alagar Koyil Temple is dedicated to Lord Vishnu and is known for its intricate sculpting and mandapams. Alagar Hills also have great importance in the Hindu religion; this hill is called Alagar as the Lord Thirumal is known with the name of Alagar here, hence the hills are named on the Lord. 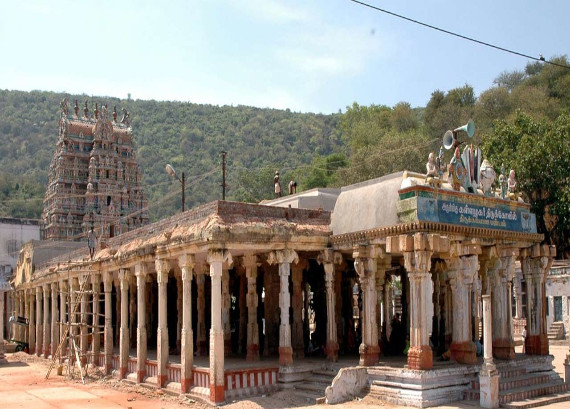 The main deity of Alagar Kovil temple is Lord Paramaswamy. The processional idol of this temple is Lord Alagar or Sundararajan, who is brother of Goddess Meenakshi. The temple has a shrine of Kalyana Sundaravalli, who is the consort of Lord Alagar. There are also separate shrines for deities Andal, Sudarshana and Yoga Narasimha.

There are many legends associated with the Alagar Koyil temple. According to a legend, Lord Vishnu had come down to divine marriage of Lord Sundareswarar and Goddess Meenakshi. Unfortunately, the marriage took place before his arrival, owing to which he turned back from River Vaigai banks. This temple is the place where Lord Azhar, a form of Lord Vishnu resides.

This temple has been mentioned in various sacred Hindu scriptures. There are around 123 hymns that illustrate the glory of this temple. Epic such as Silappathikaram also contains mention of this temple and its greatness. Alvars like Thirumangai Alvar, Peri Alvar, Nammalvar, Bhoothathalvar, Peyalwar, Andal have also mentioned the glorious history of shrine in their songs.

The Alagar Hills are also associated to Jainism along with its high significance in Hindu religion. Some of the religious literature shows that this hill used to be residing place for Jain monks in 1 B.C. One can also see inscriptions belonging to Brahmin script on stones in some of the caves here, which also indicate their presence during ancient times.

One can find various inscriptions related to different dynasties over a wide span of decades. This temple has a prominent place during the Pandyan reign. According to some legends, Pandyan King Malayadwaja Pandyan and Dharma Devashai had the lord’s revelation at this temple. There are also inscriptions dating back to King Ashoka rule. It is said that great Jain monk Ajjanandi had resided here along with his disciples.

Alagar koyil Temple is constructed amid picturesque natural setting and historic ruins. The earliest King to have frequented this temple and took its care is said to be King Malayadwaja Pandyan of Pandyan reign. Pandyan dynasty is said to have contributed a lot in the architectural development of this temple. For instance, it was during the rule of King Jatavarman Sundara Pandyan (1251-1270 A.D) when vimana of the temple’s sanctum sanctorum was beautified with gold plates. The massive tower which is seen at the entrance of the temple was also built during the reign of Pandyan kingdom. One can see intricate sculpting, showcasing stories from various epics.

After Pandyan, it was Nayakas who took over. King Thirumalai Naickar also added many artistic features to this temple during his reign. The kalyan mandapam of the temple, especially showcase Nayaka art. There are many captivating sculptures beautifying the mandapam.

The idols in the temple also present an example of unsurpassed craftsmanship. Lord Narasimha, Lord Krishna, Manmathan, Rathi who is seated on a parrot and Lord Vishnu on Garuda are a few of the sculptures of various Gods that will take your breath away. The idol of Tirumala Nayaka is also worth admiring.

There are many theerthams located nearby. Noopura Ganga, which is believed to have fallen directly from heaven, is visited by almost every devotee. It is said that taking a holy dip in its waters will fulfill devotees’ desires. Some of the other places to see in Madurai which are located in proximity to this shrine are Hanuman theertham, Garuda Theertham and utara naryanavani.

One of the best times to visit this temple is during the Chithirai Festival which is celebrated in the month of April or May. Many devotees from all over the country come for darshan during this time. During this time, Lord Alagar goes to Madurai for the heavenly wedding of Goddess Meenakshi and Lord Sundareswarar. A vibrant procession from Alagar Kovil to Madurai is organised where Lord Alagar as Sundararajan is carried by devotees.

There are a few accommodation facilities at Alagar kovil however it is best to stay at Madurai and visit this temple on a day trip. 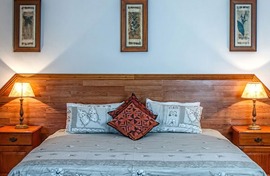